At the annual Lobby Day at Queen’s Park in Toronto, the Ontario General Contractors Association (OGCA), and Procore along with a special guest, Mike Holmes, were there to support the promotion of the skilled trades in Ontario. Lobby Day is dedicated to informing our Ministers about the unique challenges an industry faces, and the social and economic benefits each industry brings to the province—in this case, we focus on construction.

Mike Holmes, widely known as a professional contractor and television host, his most popular show being Holmes on Homes, is one of North America’s most trusted contractors who has gained the trust of homeowners and the respect of the construction industry worldwide. The OGCA and Procore brought Holmes in to speak on the labour shortage, which is rampant across Canada, but more specifically in Ontario. 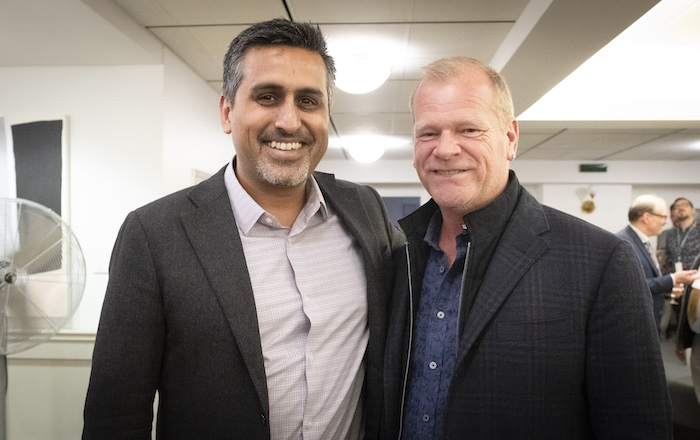 Despite near-record employment and a strong economy, the skilled labour shortage in construction has been one of the biggest challenges facing contractors for nearly a decade now.

Currently in the industry:

Further in the industry:

The construction industry has traditionally been fairly slow to adopt new technology to boost productivity. This is now changing as companies are increasingly losing employees because they don't offer top tier technology (sometimes no technology at all). With today's labour shortage crisis, not having top tier technology could be a serious disadvantage when it comes to retaining current employees or hiring top talent.

Construction is in the middle of a digital transformation, and companies who are quick to adopt technology have found that it has not only helped them stay at the forefront of a competitive market, and have turned the labour shortage into an opportunity rather than a detriment.

If you’d like to learn more about how top tier technology can help your company with today’s labour shortage, click here.

Materials procurement is not a one-and-done event; it’s a constant throughout the entire lifecycle...

In October  2020, Procore acquired Esticom, a best-in-class estimating solution, as a part of Procore’...

Today Procore entered a new phase of its journey—we are now a publicly-traded company...